Our daVideo video camera glasses are perfect for recording video on the Bat Roller Coaster at Kings Island Amusement Park. Snap photos and record HD 1080p video in 60fps with all your friends and family.  Our most advanced video recording glasses just released are the daVideo Rikor.  The daVideo Rikor record video in 60fps and are compatible with 128GB storage!

The Bat roller coaster, formerly called Flight Deck and Top Gun, is a suspended roller coaster at Kings Island in Mason, Ohio. Built by Arrow Dynamics, the ride was known as Top Gun when it opened in 1993. It is the park’s second suspended coaster following an earlier prototype from Arrow Development — also called The Bat roller coaster – that operated at Kings Island from 1981 to 1983. The layout is designed to give riders the illusion they are narrowly missing track supports and other elements while swinging through sharp turns.

The 660-short-ton (600 t) structure was planned years in advance before Paramount Communications purchased the park in 1992. However, Paramount took over operations in time to determine the ride’s theme which was based on the Paramount Pictures film Top Gun. They hired John DeCuir Jr., a production designer that worked on the film, to design the ride’s loading platform, so that it would resemble the deck of an aircraft carrier. Subsequently, the roller coaster was named Top Gun when it opened in 1993. The ride’s queue, where guests wait in line, featured music from the motion picture as well. An aircraft carrier control room exhibit was also a feature that guests would pass through on their way to the loading platform above. Access to the control room exhibit was blocked off from the line queue several years later, some time before Cedar Fair purchased the park in 2006.

Top Gun was renamed Flight Deck in 2008 following the sale of the park to Cedar Fair two years earlier. The theme music and sign were changed to remove all references to the movie. Cedar Fair had rights to continue using the Top Gun movie theme through 2016 but made the decision to remove all Paramount themes from the park much sooner. On October 29, 2013, the 33rd anniversary of the announcement of the original Bat, the park announced that Flight Deck would be renamed The Bat roller coaster for the 2014 season. The ride was repainted with a new color scheme of orange track with charcoal supports, and black trains.

The Bat roller coaster begins with an ascent up a 90-foot (27 m) chain lift. At the top, the train dips slightly and turns roughly 225 degrees to the right. The train then drops 70 feet (21 m) into a valley banking right at the bottom as it begins to climb into the horseshoe element. The cars swing up and around to the left exiting the horseshoe parallel to same position during entry. Dropping back into the same valley, the train makes another banked turn to the right followed by a slight turn to the left as the it passes by the observation area located near the exit.

The last part of the ride takes riders through a final series of sharp turns, each sending the train swinging quickly from one side to the other. At the ride’s farthest point from the initial drop, the track makes its sharpest turn sending the train back toward the loading station. Afterward, the train navigates two more inclining turns before stopping abruptly at the brake run. The sudden brake right out of the last turn causes the cars to swing briefly even after the train has stopped moving forward.

The Bat roller coaster has a similar layout to the Vortex at Canada’s Wonderland, which was built two years earlier. The Vortex, however, has one less car on each train and excels in height, speed, and track length. 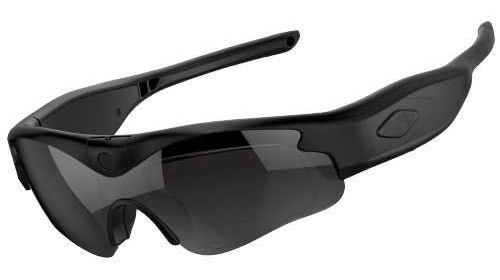